On more than 1000 square meters, the Adidas outlet store at Outletcity Metzingen offers a wide range of innovative shoes and sportswear. Discover a wide selection of Adidas sports goods for soccer, running, training and tennis. 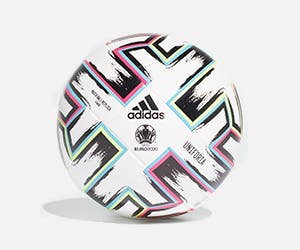 Get the Uniforia Mini Ball for only € 13.
More offers 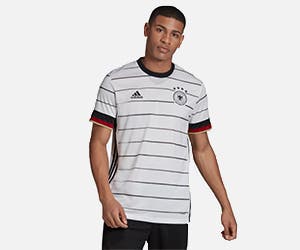 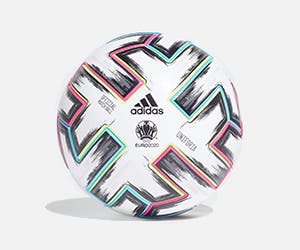 Get the Uniforia League Ball for only € 35.
More offers 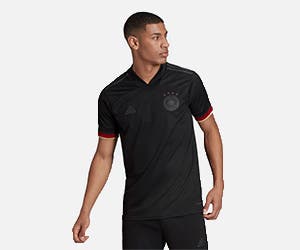 Get the away jersey of the DFB-Elf for only € 90.
More offers 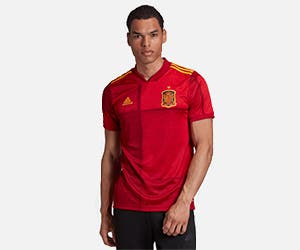 Get the Spanish national team home jersey for only € 90.
More offers 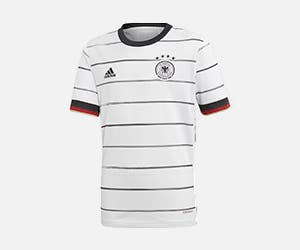 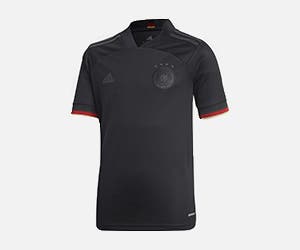 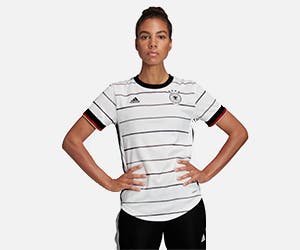 Get the DFB-Elf home jersey for women for € 72.
More offers 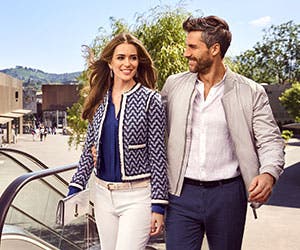 Cult sportswear in the adidas sale

adidas has been a leading brand for sportswear and sports accessories since 1949. The adidas shop at Outletcity Metzingen offers over 800 m2 packed with a wide range of genuine clothing and accessories for football, running, working out, tennis, golf, outdoor activities, basketball. The adidas sports Lifestyle range is also available. All these products are permanently reduced by at least 30% in the adidas shop at Outletcity Metzingen. In addition, there are sensational special sales and discounts on a regular basis. As well as women's, men's and children's clothing, the adidas outlet store offers a wide range of shoes, bags, swimwear, shower gel, basketballs and footballs plus smart business shirts for men.

adidas: the label with the three stripes

All the products carry this distinctive design feature: the three stripes. The sports brand stands for an attitude to life and also offers clothing for every mood and occasion: adidas Performance for the perfect workout, adidas Originals for perfect street style, the adidas collection by Stella McCartney and the adidas SLVR Label for sporty yet elegant style. 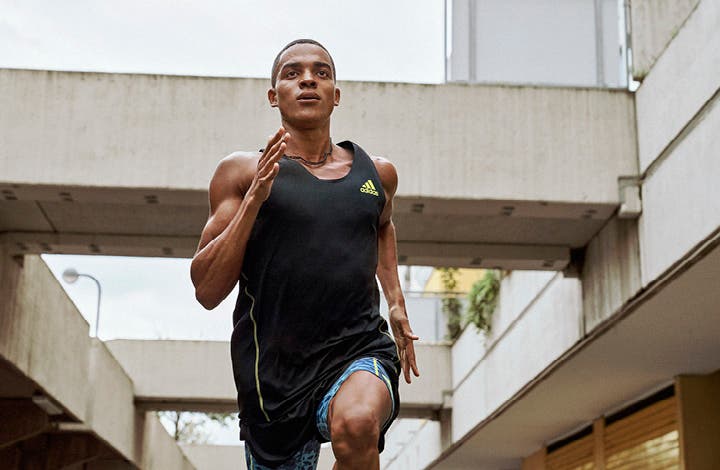 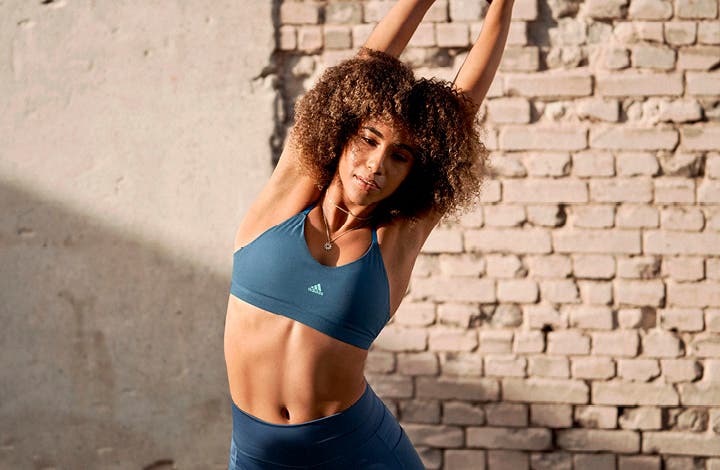 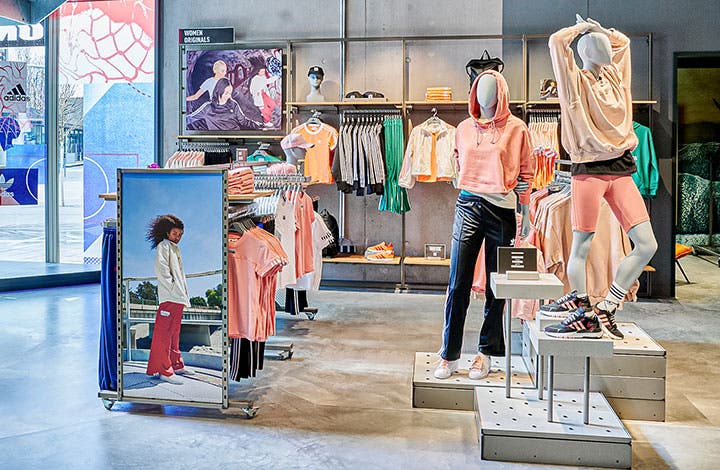 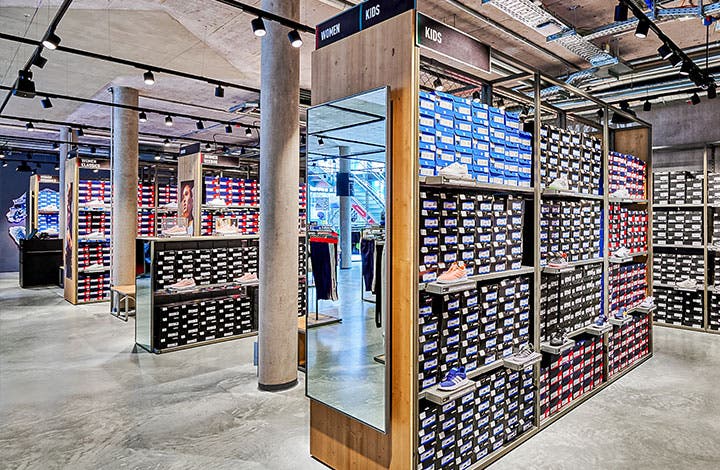 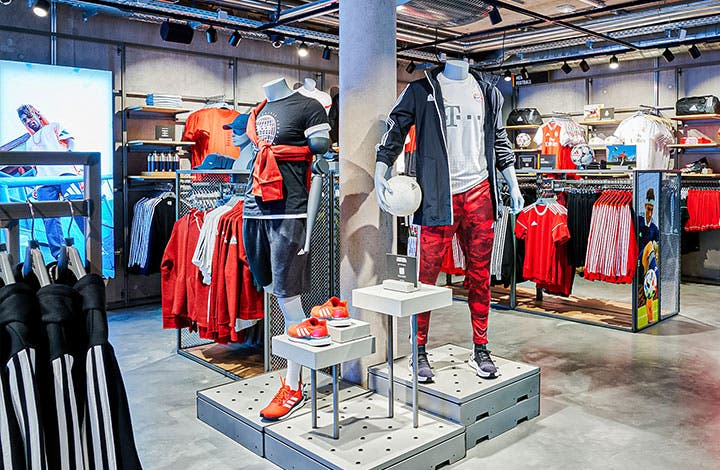 adidas is part of sports history

adidas is THE outfitter at all major tournaments worldwide and many world championships. The company's name is derived from that of its founder, Adolf Dassler – his nickname "Adi" combined with the first three letters of his surname.
adidas first found international success in the 1950s at the "Miracle of Berne", when the German national football team won its first World Championship in innovative boots created by Adi Dassler. Adi Dassler continued to devote himself to creating shoes for sportsmen and women with the aim of improving their performance. Hardly surprising then, that various sportsmen, including the legendary runner Emil Zatopek, have broken records and won gold medals in adidas shoes. Germany were again wearing adidas shoes when they beat Holland 2:1 in the World Cup Final in 1974. After a short while off form in the 1980s, adidas staged a comeback in the 1990s and following a series of successes, notably at large sporting events, is now better placed than ever. The sports brand is going from strength to strength and has never been so popular; sixty years on, it is still producing innovative footwear and sportswear which help athletes to deliver optimum performances; a current example is the new adizero f50, the fastest football boot of all time. Furthermore, adidas maintains close relationships with celebrities from the worlds of sport and fashion such as the footballer David Beckham or the designer Yohji Yamamoto; it outfits world-class footballer Messi and the Spanish team, who are the World and European champions. adidas has been part of sporting history from the beginning, and the end is not yet in sight.