The Italian Salvatore Ferragamo moved to the United States to open a shoe store with his brother in 1923. He quickly became known as the “shoemaker of the stars” and so he achieved much further success. After returning to his homeland Italy, the Italian bought the “Palazzo Spini Feroni” in Florence where he registered the patent for the famous cork wedge heel making him even more successful. Nowadays, Ferragamo is internationally famous and popular for his special Ferragamo belts, shoes and bags.

After Salvatore Ferragamo’s death, the company was led by his wife and their children. Since then, the production of handbags has become more and more important. Afterwards, the company began producing men’s shoes, clothing and silk as well as accessories and watches. In addition to the innumerable stores all over the world, there is a Salvatore Ferragamo museum at Palazzo Spini Feroni, where he once lived. Today, there are more than 400 stores in several countries and now the brand is also available in the outlet at OUTLETCITY METZINGEN.

Since 1978, the successful label has never stopped producing and selling the famous “Vara“ shoe. Over 1 million pairs of the ballet flat with small heel have been sold, making it the number one product of the Salvatore Ferragamo brand. As he said, there is “no limit to beauty, no saturation point in design, no end to the material.” He lived up to his own motto, generating innovations that quickly became established and are still being used today. For example, he designed the wedge heel which was worn by three-fourths of women in the US only two years later. He also was the first to present the “invisible shoe” in one of his collections – an invention that has been copied by many other labels. Last not least, Salvatore Ferragamo created the shank which supports the foot and makes wearing high heels more comfortable. 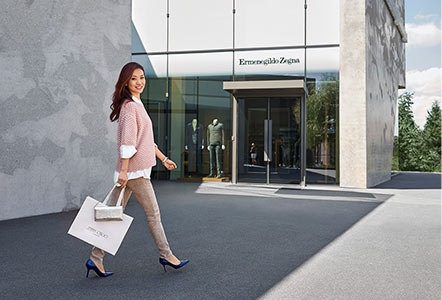 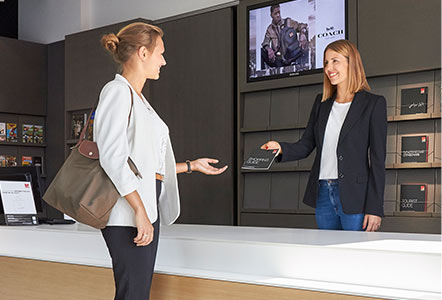