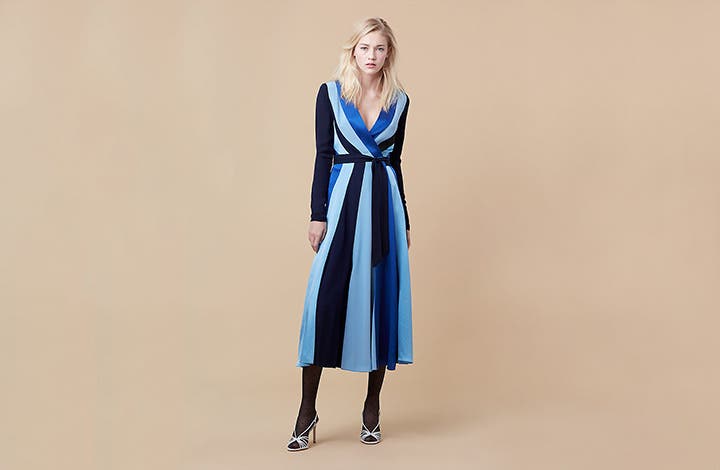 Diane von Furstenberg is a globally established luxury lifestyle brand and one of the premier names in American fashion. The label was founded in 1972 by the same-named designer and is renowned for its iconic Diane von Furstenberg dresses and the distinctive prints.
With her revolutionary wrap dresses Diane von Furstenberg has created a milestone in the history of fashion. As if to say “Feel like a woman, wear a dress” her dresses are feminine and accentuate the feminine silhouette.
Modern and classic at the same time, wearable during the day and during the evening – these features turn her dresses into an elegant all-round talent
In 2005 she was honored with the Lifetime Achievement Award for her influence on the world of fashion and in 2012 the Forbes magazine chose Diane von Furstenberg for the most influential woman of the fashion industry.